On returning to Blashford after some time off there is a definite feel autumn is in the air. There is still warmth when the sun is shining, encouraging butterflies (primarily speckled woods) dragonflies and other insects to venture out on the wing, with regular visitor David  being lucky enough to photograph a pair of migrant hawkers in the mating wheel position by the Education Centre pond:

Numbers in the moth trap have however dwindled, yesterday it revealed only a handful of moths whilst this morning there was just one, not surprising given there was frost in places last night. Working out of the Welcome Hut is also a colder affair, and a shock to the system, but I have now found some warmer layers and turned the heater on!

Yesterday afternoon I managed a quick wander on the northern side of the reserve, and the reedbed up towards Lapwing Hide was looking glorious in the sunshine: 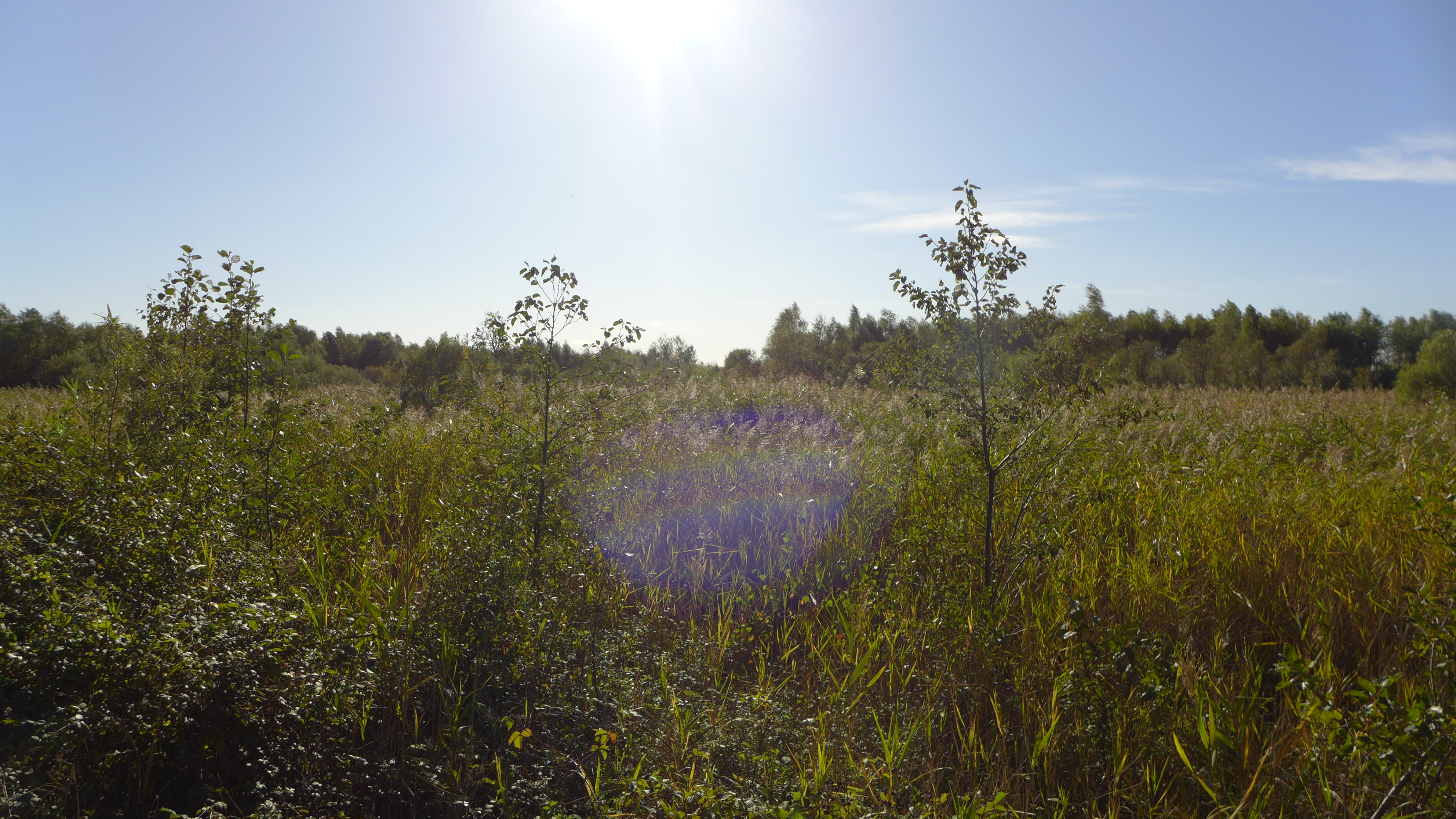 My real reason for heading out was to see what fungi I could spot and then label for visitors with our temporary signs, but although I could find some, mainly closer to the Centre, the ground is I think still too dry. Wetter weather is on the cards, so I will look again next week.

Turkey tail near the boardwalk past Ivy South Hide

Sulphur tuft along the footpath to Ivy South Hide

The spindle is also beginning to come into its own, displaying its pretty pink fruits. Soon the leaves will turn more of a russet colour and the pink fruits will ripen to reveal the orange seeds inside. It is just behind the badger sculpture along the path to Ivy South Hide.

Pink fruits of the Spindle

I didn’t get a chance to look at Ibsley Water yesterday as my wander was a little late in the day, so headed over to Tern Hide this morning where I was greeting by hundreds of hirundines (swallows and martins) flying over the car park, hide and water. You definitely didn’t need to be in the hide to watch and appreciate them swooping overhead. After watching them from the car park I realised they were flocking over a silver birch tree on the other side of the overflow car park, with some birds (mainly the house martins) pausing briefly on the branches before flying up again:

They were fantastic to watch. The photos above definitely don’t give an idea of the numbers present! Preparing to migrate, most hirundines will leave during September but some may stay into October before heading off to a warmer African winter.

Finally, I will finish with a few more photographs David kindly sent in. The goldfinch, blue tit and grey wagtail were from a couple of weeks ago, I didn’t get round to sharing them before having some time off, and the greenfinch photo was taken yesterday: 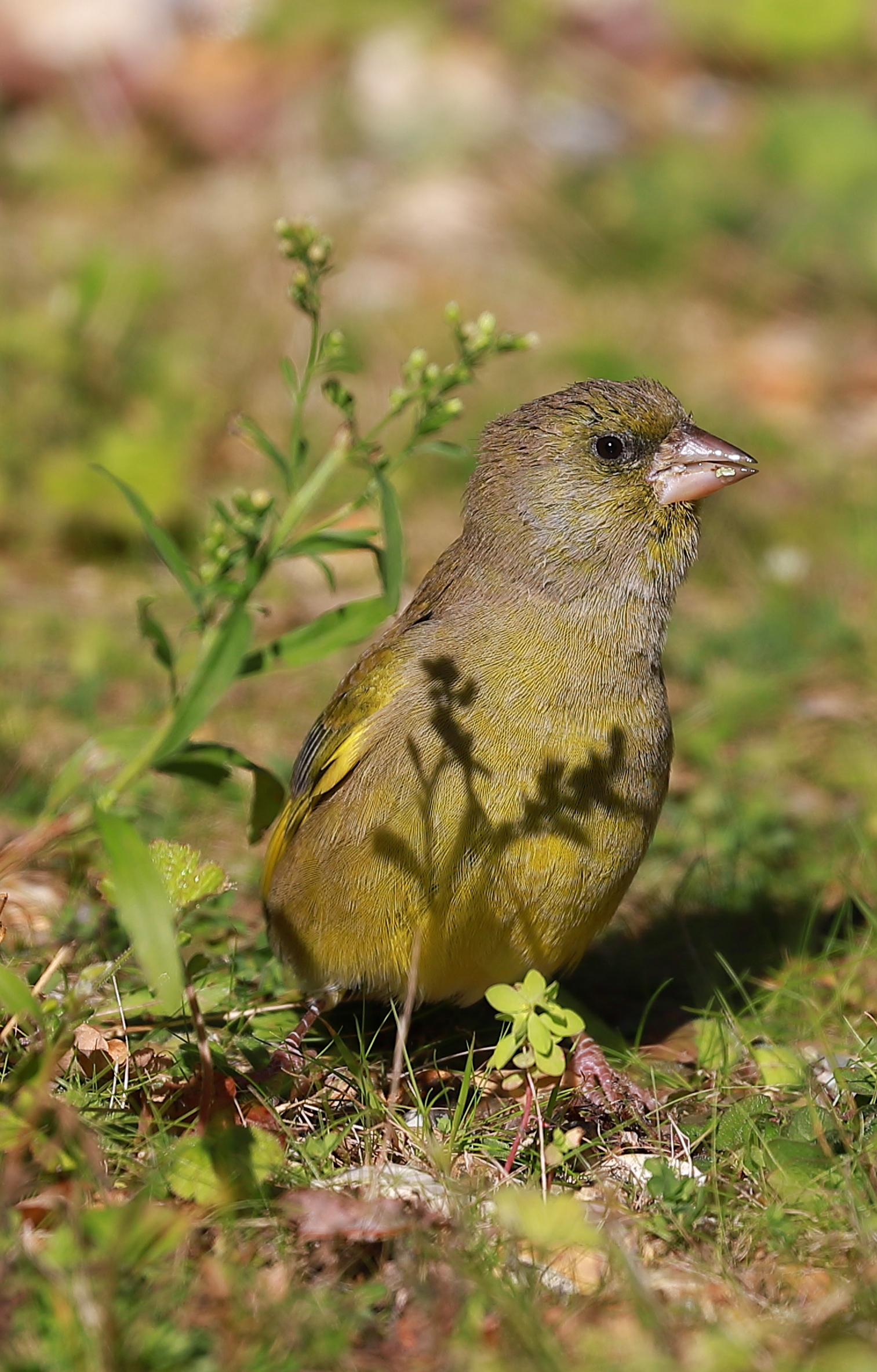 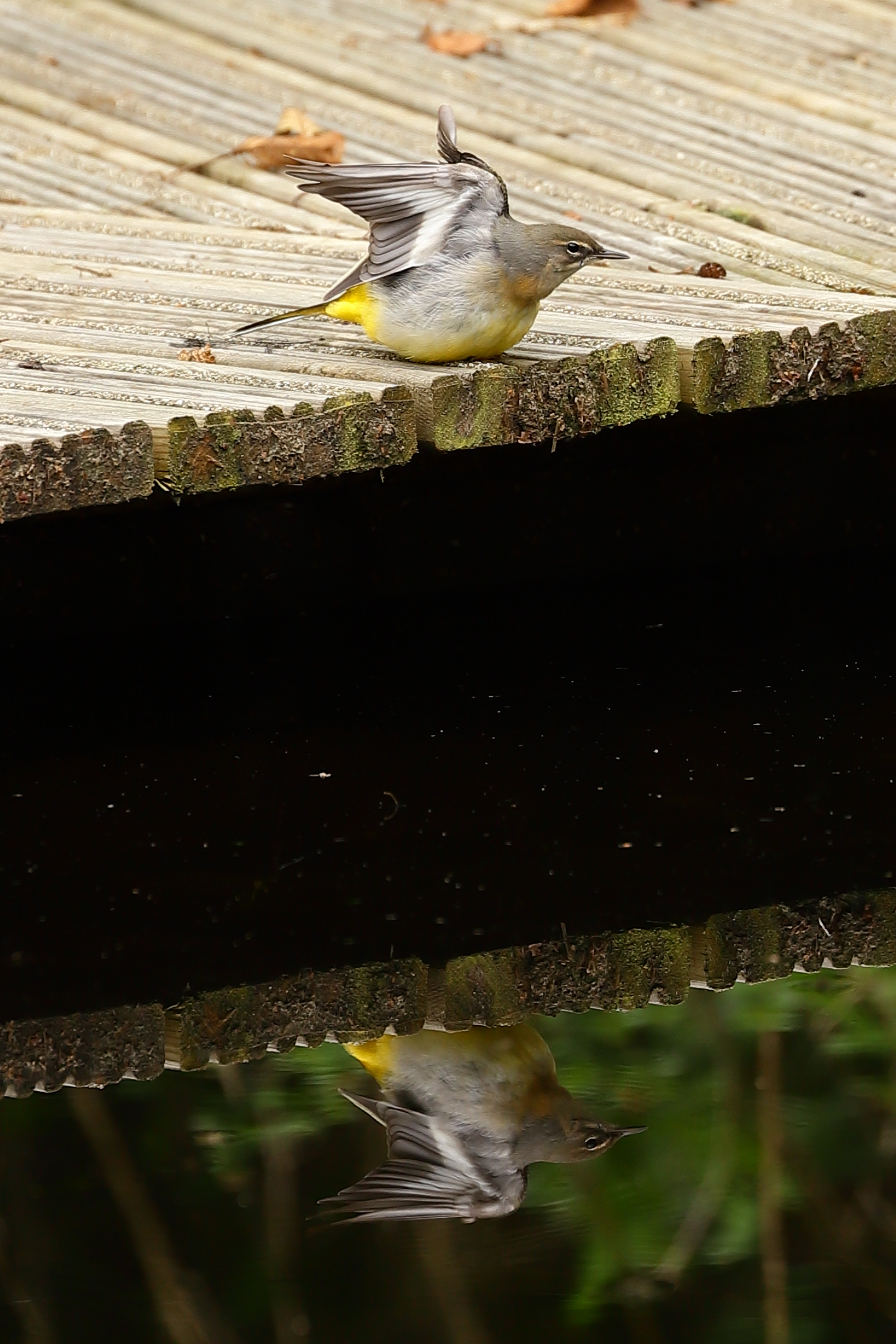 Thank you very much David, the grey wagtail reflection photos are lovely!

Autumn is a great time to go looking for fungi, so on Sunday after spying a few whilst unlocking the reserve in the morning, we decided to head off in search of more during our Young Naturalists session.

We began however with a rather nice job of weeding the path which leads to our campfire – although possibly not the most exciting of jobs, it was one that needed to be done and it was very satisfying to be able to see just how much they had managed to clear in the hour or so we were out there. We did however decide to do the rest another day when the showers became heavier!

After lunch and a disappointing rummage through the light trap which contained a number of crane fly but not much else, we headed off with a couple of guide books and cameras to see what we could spot. Fungi is definitely not my strong point, so it was a learning curve for all but we enjoyed looking out for different types and photographing them to hopefully identify later.

Now is a great time of year to look for them as many of the fleshy, spore-bearing fruiting bodies are emerging above ground, either on the soil or on decaying wood.

We found a number of very smart looking Beefsteak fungus, also known as ox-tongue, oozing red droplets that did look a lot like blood:

We also spotted some Sulphur tuft and Common puffballs nearby:

Near to Ivy South Hide we saw Honey fungus along with a couple of different colour variations of Turkey tail:

On a branch near the boardwalk we spied the tiniest mushrooms growing, I don’t know what they are but they were so delicate we had to stop to photograph them:

We took the long route back to the Education Centre, choosing the path that runs parallel to the main road so we came out by Ellingham Pound, as I was hopeful here we would find a number of Fly agaric. So far we had only seen a couple that had been nibbled or fallen over. We were not disappointed:

We also spotted what might be a Bay Bolete, but Jim’s told me off for not checking the ‘gills’:

Here’s a selection of some of the others we found, the first I think could be a young puffball, but the others I’m afraid I’m not sure about.

We had a fun wander with lots of the group taking photos, so perhaps next time we could invite someone who knows a bit more about fungi to come with us!

Finally, Daisy and I spotted a number of relatively young Parasol mushrooms near Ivy North Hide when locking up last night – when I unlocked this morning, the one we had been admiring had opened up more and had a Common darter resting on it, making the most of today’s sunshine.

Our Young Naturalists group is kindly supported by the Cameron Bespolka Trust.

Please visit the Trusts website to view events coming up at Blashford Lakes & elsewhere across the two counties: https://www.hiwwt.org.uk/events